I worked on Apple’s tablet. No, not that tablet.

The year was 1992. I was still at school doing some research on user interfaces based on speech and gestures. But I had this problem: I had all these cool ideas but no hardware to try them on.

I was young, naive, and an Apple fanboy before the term was even invented. In May I traveled to San Jose to attend Apple’s WWDC and at one of the sessions Ron Avitzur demoed a software that turned pen scribbles into neatly formatted equations. That was the coolest demo I saw at WWDC that year. I tracked down the Apple guy who was hosting the session, and asked if he was looking for a summer intern. There was only an extremely remote chance he would say yes, but fortune favors the bold. And that day fortune was very, very kind to me. I joined Apple’s Human Interface Team in August for an internship that was only supposed to last a couple of months. I would leave Apple 10 wonderful years later.

I soon found out that Apple was working on a project code-named PenLite. The hardware was based on the Macintosh Powerbook Duo. It shared the same motherboard and greyscale screen, and the same special dock connector for peripherals such as floppy disc drives and Ethernet (well… AppleTalk). It lacked a keyboard, but its display could detect the hovering and taps of a special pen.

Our job was to write PenMac, the system software extensions to Mac OS that would allow existing Mac applications to be used in this environment. It was a very interesting problem. For example, with the menu bar at the top of the screen your hand would hide the menu after you tapped on it. You also quickly realized how you take for granted the shift and commands keys.

As an aside, in 1993 we were paid a visit by a couple of guys from San Diego who were working on a drawing app they called SmartSketch. You could sketch four lines with a mouse and they would turn into a square. As much as it was fun to use with a mouse, it really shined when using a pen: it’s much easier to sketch with a pen than with a mouse and it made for a much more natural interaction. We gave them much encouragement to build pen-based software. They eventually founded a company and called it FutureWave. In 1995 they added support to create animations and called their new app FutureSplash Animator. Macromedia acquired FutureWave in 1996, and renamed FutureSplash Animator to Flash 1.0. Guess what I am working on these days… Small world.

Apple canceled the PenLite project in August 1993 as it decided to focus on Newton. We were all sad, but that experiment had also showed the limitations of repurposing a traditional desktop user interface. And yet, having a clipboard-sized computing device was deeply compelling. Despite the low resolution of the screen compared to what today’s technology can offer, the form factor of the device, the ability to cradle it in your arms, made for a fundamentally different, more intimate, experience than a laptop.

And yet, the Windows-based tablet computers of today suffer from the same problem: repurposing for a tablet a UI designed for a desktop is like eating pea soup with a fork.

Here’s hoping we will soon see clipboard-sized devices with a custom-designed user interface. I want to eat my ice cream with a spoon. 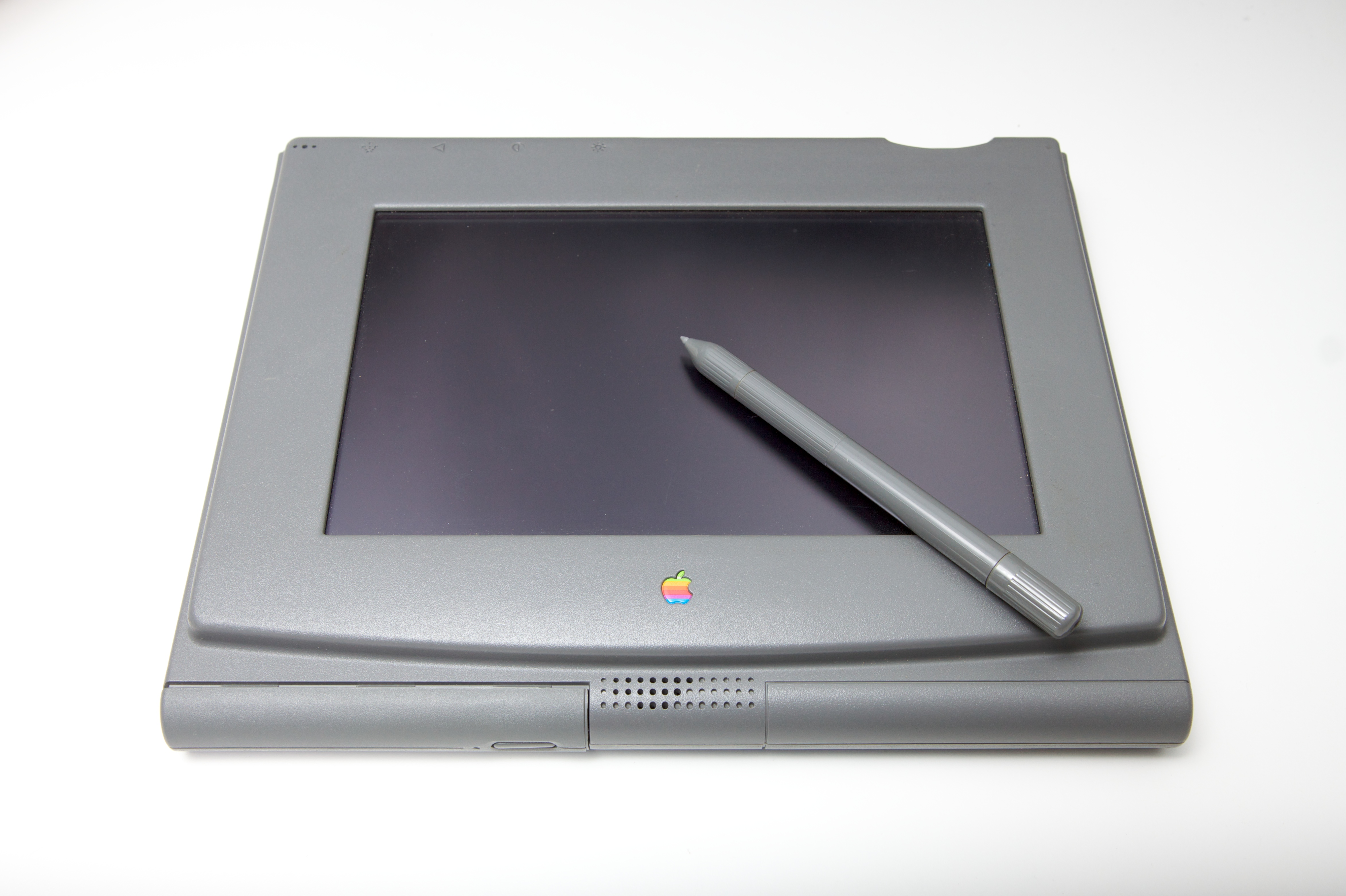