The Pale Blue Dot is a photograph of planet Earth taken in 1990 by the Voyager 1 spacecraft from a record distance of more than 6 billion kilometers (4 billion miles) from Earth. At Carl Sagan’s urging, the spacecraft, which was leaving the Solar System, was commanded by NASA to turn its camera around and to take a photograph of Earth across a great expanse of space.

«From this distant vantage point, the Earth might not seem of any particular interest. But for us, it’s different.

A mote of dust suspended in a sunbeam

The aggregate of our joy and suffering, thousands of confident religions, ideologies, and economic doctrines, every hunter and forager, every hero and coward, every creator and destroyer of civilization, every king and peasant, every young couple in love, every mother and father, hopeful child, inventor and explorer, every teacher of morals, every corrupt politician, every “superstar,” every “supreme leader,” every saint and sinner in the history of our species lived there — on a mote of dust suspended in a sunbeam. 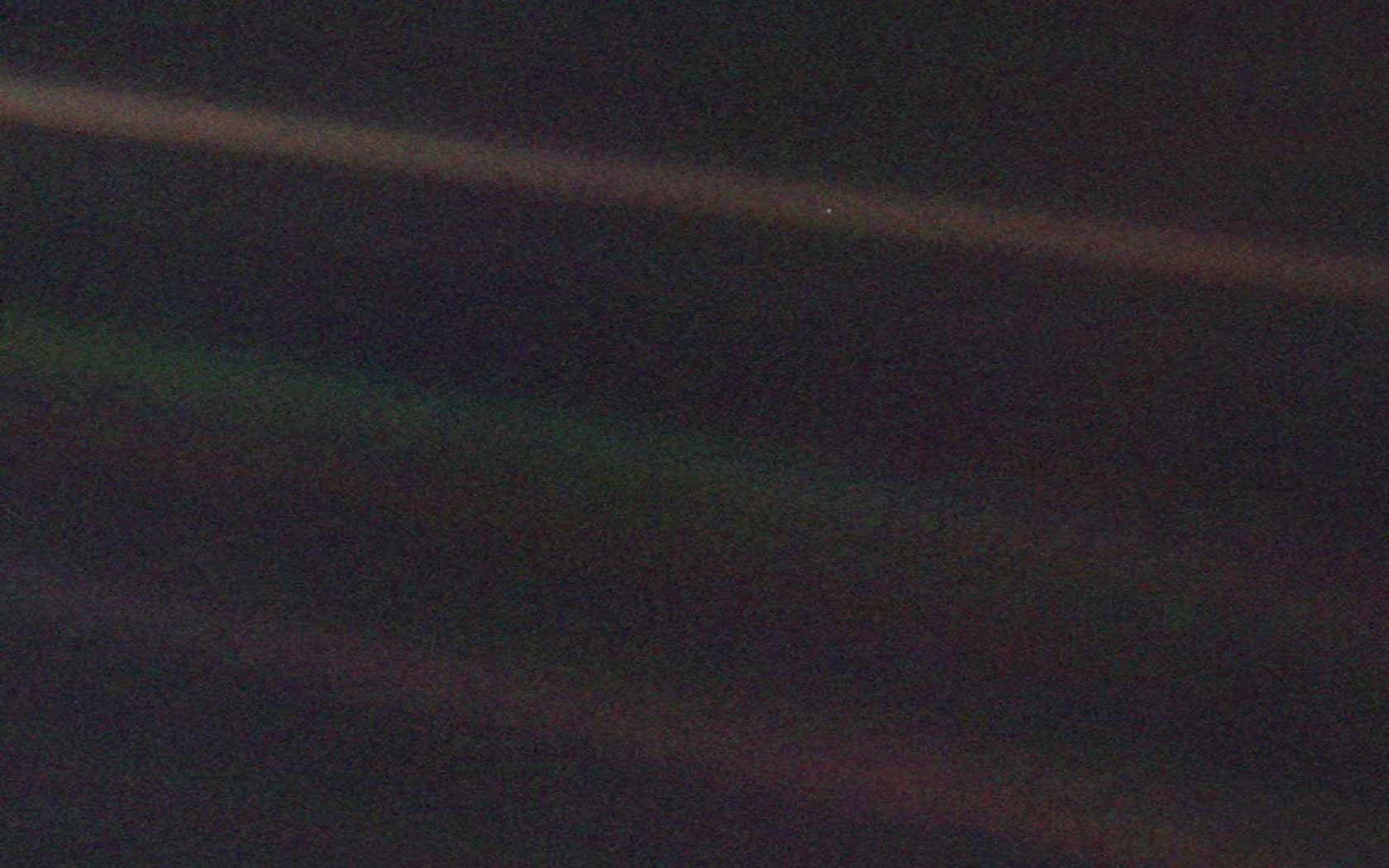 The Earth is a very small stage in a vast cosmic arena.

Think of the rivers of blood spilled by all those generals and emperors so that, in glory and triumph, they could become the momentary masters of a fraction of a dot.

Think of the endless cruelties visited by the inhabitants of one corner of this pixel on the scarcely distinguishable inhabitants of some other corner, how frequent their misunderstandings, how eager they are to kill one another, how fervent their hatreds. 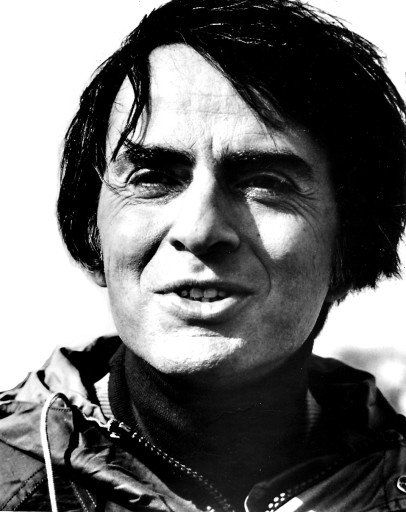 Our posturings, our imagined self-importance, the delusion that we have some privileged position in the Universe, are challenged by this point of pale light.

Our planet is a lonely speck in the great enveloping cosmic dark.

In our obscurity, in all this vastness, there is no hint that help will come from elsewhere to save us from ourselves.

The Earth is the only world known so far to harbor life.
There is nowhere else, at least in the near future, to which our species could migrate.
Visit, yes. Settle, not yet.

Like it or not, for the moment the Earth is where we make our stand.

It has been said that astronomy is a humbling and character-building experience. There is perhaps no better demonstration of the folly of human conceits than this distant image of our tiny world. To me, it underscores our responsibility to deal more kindly with one another, and to preserve and cherish the pale blue dot, the only home we’ve ever known.»

“We were hunters and foragers. The frontier was everywhere.

We were bounded only by the Earth, and the ocean, and the sky. The open road still softly calls.

Our little terraqueous globe as the madhouse of those hundred thousand millions of worlds. We, who cannot even put our own planetary home in order, riven with rivalries and hatreds; Are we to venture out into space?

By the time we’re ready to settle even the nearest of other planetary systems, we will have changed. The simple passage of so many generations will have changed us. Necessity will have changed us. We’re… an adaptable species. It will not be we who reach Alpha Centauri and the other nearby stars. It will be a species very like us, but with more of our strengths, and fewer of our weaknesses. More confident, farseeing, capable, and prudent. For all our failings, despite our limitations and fallibilities, we humans are capable of greatness.

What new wonders, undreamed of in our time, will we have wrought in another generation? And another? How far will our nomadic species have wandered by the end of the next century? And the next millennium?

We humans are capable of greatness

Our remote descendants, safely arrayed on many worlds through the solar system and beyond, will be unified by their common heritage, by their regard for their home planet, and by the knowledge that whatever other life there may be, the only humans in all the universe come from Earth.

They will gaze up, and strain to find the blue dot in their skies. They will marvel at how vulnerable the repository of raw potential once was. How perilous, our infancy. How humble, our beginnings. How many rivers we had to cross before we found our way.”