The following interview was originally published in a special issue of the Appliness magazine.

Hi Arno, can you introduce yourself to our readers?

Hi Appliness! I live in the beautiful city by the bay, San Francisco. I was born in France and I came over to Cupertino, California for what was supposed to be a short summer internship, but that just kept getting extended. I ended up working for ten years at Apple in the user experience design team, including working on the Mac OS X UI, which was a really fun project.

I recently had my ten year anniversary at Adobe. I did get to work on many great projects, including the first versions of Creative Suite, and now I’m leading the Web Platform & Authoring team.

Our team’s mission is to make the web better and to build the best tools in the world for web designers and developers.

Our team’s mission is to make the web better and to build the best tools in the world for web designers and developers.

So, part of what we do is contributing to web standards and to open source projects, like WebKit and Cordova, to move the web forward. We also do a lot of work with the web community, such as hackatons and meet-ups. I think you talked to Vincent Hardy recently who leads the team responsible for this.

The other part of what we do is building the tools and services that web designers and developers need. This includes tools like Dreamweaver, our all-in one web production tool; Edge Animate, a powerful tool to create interactive and motion content; Edge Inspect, an indispensable tool to preview, inspect and debug your web content on mobile devices; Brackets, an open source project to build the best code editor for HTML/CSS/JavaScrip; Edge Code, the Adobe distribution of Brackets, available now as a preview and PhoneGap Build, a hosted service to easily build web apps for mobile devices using the PhoneGap framework.

And at our recent Create The Web event, we’ve given a sneak preview of a new tool we’re working on called Edge Reflow which makes it super easy to create responsive web content visually, but using standard CSS and media-queries.

We have a lot of things going on!

What are your top priorities for future development? What challenges would you like to answer?

Looking back over the past few years, it’s pretty amazing the progress that is being made on the web platform.

For one thing, the browser vendors are working much closer together to make sure that there is only one web. A consistent implementation of web standards is essential. Content creators want to spend their time designing, not figuring out ten different workarounds to work on all the browsers they need to support. There’s still some work to be done, but it’s going in the right direction. We’re trying to help by identifying and fixing important bugs when we can. Sometimes it’s the standards themselves that are not clear enough or open to interpretation, so we help there too. We’re also very excited about the response we’ve gotten to a series of events we’ve worked on with the community called Test The Web Forward. These are a kind of hackathons where we focus on identifying and fixing interoperability problems in the various browsers. The great thing about these is that anyone can participate and help!

We also want to continue to move the web forward by adding missing functionality to the web platform. There’s a few areas we’re focusing on where we think we can make the biggest contributions because of our expertise. We want magazine-quality layout on the web, including great typography. We want to bring cinematic visual effects so that you can build more engaging user experiences, but also so that you can do hardware-assisted real-time image processing.

We also want a strong graphical foundation for the web platform. Some basic things are still missing, like blend modes or compositing! We can fix that. And we also want more and better device APIs to allow web apps and content to integrate better with your devices. We hope that the work we’re doing with PhoneGap and Cordova will be useful for this.

Of course, we also want to make it easy for web designers and developers to build those experiences. So we’re also working on building some great tools and services for them.

Adobe Edge Tools & Services is a unique mix of cloud services and tools for web developers. What is its mission and how do you see it evolving in the future?

It’s very simple. We are building the best tools and services for web developers and designers. That’s it.

To guide us, we are following some principles that we’re calling the Edge Principles.

First, we want each of our tools and services to be the best at doing one thing, and not try to do too many things. We’re want our tools to be Opinels, not swiss-army knives. We spend a lot of time narrowing down and getting to the core of what they’re about, and then we craft and polish them until they’re perfect. And we make sure they look great and are a pleasure to use too. We also want these tools to work great together. But we want to make it easy for people who use them to mix and match: if they want to use tools from Adobe, great, but sometimes they’ll also want to use tools from other vendors, or some open source tools or even ones they have built themselves. We want to make that easy.

Second, we want to make sure they evolve and stay up to date as the web platform evolves. We want to expose the latest techniques and capabilities of the web platform to designer and developers and see what they do with it.

Third, we avoid being too dependent on any particular frameworks. For one thing, frameworks are often a crutch, a useful one, but a crutch nonetheless that deals with inconsistencies or gap in implementations. Those are getting fixed over time and you don’t want to be stuck with some cruft you no longer need. Frameworks also sometimes implement some functionality that makes more sense in the standards and implemented by the web engines, because they can optimize them better and integrate them with the hardware platform better. So that’s another reason why depending too much on a framework doesn’t always make sense. And finally, frameworks are a bit like fashion: new ones come along all the time reflecting the constant evolution of the web and the techniques that people need to do their job. Choice is good.

Fourth, the Edge Tools and Services are aimed at web designers and developers who know the web. Today, design schools teach HTML, the box model, CSS and even JavaScript. And it’s better for designers and developers to have tools that give them direct access to the medium they are targeting. That’s for the same reason that you have CMYK colors in tools for print, because that’s how inks are actually put on paper!

So, we’re going to use these principles to continue to refine the tools and services we already have, and we’re going to listen to the web designers and developers to see what other tools they might need that don’t exist yet, or don’t work very well. There’s plenty more to do.

Adobe has been an active member of the W3C for more than a year now. How successful has it been so far? Tell us more about this exciting experience.

The web community has been great to work with.

Quite frankly, when we started ramping up our engagement we were not sure of what the reaction was going to be. Although we had been participating in the W3C and other web standard bodies for many years, the browser vendors had been a much stronger presence.

But it turns out that the web standard groups have been very welcoming and happy to see a more diverse set of point of views represented. We have worked with many browser vendors including Apple, Microsoft, Google and Opera to define some new proposals. We’re now co-editing the HTML5 Canvas spec. We’re making good progress not only on defining these new standards, but we’re also starting to see implementations in shipping browsers, including Safari, Chrome and Internet Explorer.

The web is more expressive than ever.

How not to be excited!? The web is more expressive than ever. New capabilities are available in web engines today to deliver great user experiences.

The web engines are not only getting more capable, they are also getting faster both at executing code but also at rendering high quality graphics.

The mobile hardware is also making some incredible progress, which is very important because more and more people are accessing the web from mobile devices.

And of course the tools are also getting better making it easier and faster to build beautiful content and web apps.

Your team contributes to defining the future of the web’s graphical capabilities. How do you work with the community to shape this future?

Well, we participate and do our part. It’s really a community effort. There are many people involved in making this happen. The web standard groups are of course essentials to make sure that the web is consistent across implementations: you have to have a clear definition of how things are supposed to work before you can discuss differences between two (or more!) implementations.

The browser vendors and other people implementing those standards are also key in delivering them, ensuring they work well, with great performance, on all the hardware platforms and operating systems that you expect to get access to the web on, which is pretty much everything these days.

The tool vendors, like us, also have an important role to play to make sure that the new capabilities are defined in a way that makes it easy, or at least possible, to build great tools for them. Because if those capabilities are so difficult to author for that nobody uses them, that’s not really progress.

And of course, the content creators themselves have to have a voice. They’re the ones who know what they need. Because they’re the ones using the web platform everyday, they also know what its weaknesses are. So it’s very important that we listen to them, and that we prioritize their input over other things that might seem theoretically interesting, but don’t really address a pressing problem.

Get involved. Participate. Create The Web.

At Adobe we have a very special relationship with the content creators. For many years now they have been using our tools. We get to talk to them all the time, and they come to use when things don’t work the way they want. We understand pretty well what they need and want. So, in a way, we can represent their point of view probably better than anyone else, and so we try to be a voice on their behalf.

If you had to give some advice to a web developer, what would it be?

That’s one of the great things about the web: no one company or group owns it. It is a community effort. If you want to make it better, you can. There are many ways to get involved. You can participate in discussions as the web standards get defined 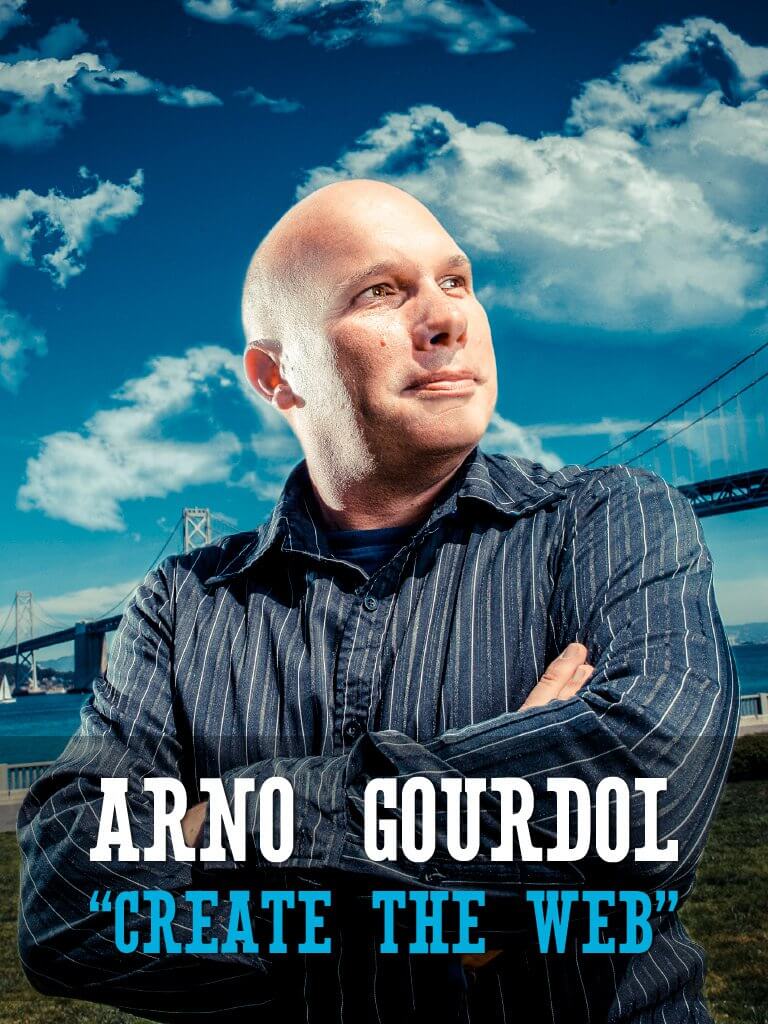